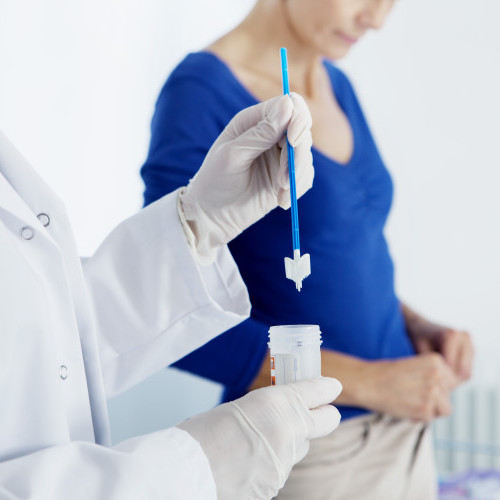 Until 1.12.2017, pap smears were routinely used to test women for the presence of abnormal cells  on the vagina and neck of the womb that may indicate the presence of cancer or the possibility of developing cancer (dysplasia) of the neck of the womb or vagina.
Related to an infection with the human papilloma virus (HPV) commonly called the wart virus, some may progress to cancer of the neck of the womb or vagina. Many are commonly detected as abnormal cells that have the potential to turn to cancer, rather than being already cancerous.  If detected, treatment can be offered to deal with the problem and in most cases are sucesful in preventing cancer.

The incidence of cancer has reduced significantly over years due to this simple form of surveillance. With the advent of the HPV vaccine, this has helped to reduce further the occurrence of such changes.

The Pap smear has now been replaced with the use of specific tests for HPV alone on a 5 yearly screening program commencing from age 25 years in asymptomatic women. This is only true for women who have a negative HPV test result and have never had any abnormal results. If you have had had an abnormal pap smear previously or have been treated in the past for abnormal cells, then different pathways of monitoring have been developed depending on the original findings and the severity of it. Ultimately hopefully, once all is cleared, you will be able to return to a 5 year screening routine.

The test is undertaken in the same was as for Pap smears. It is simply looking at different components in the sample. Where HPV is detected, then a Pap smear is performed. This uses the original specimen that was taken so you do not have to return to have another pap smear performed.

Should there be abnormalities be detected, then further investigations will be required.  This may involve either:

Should there be abnormal cells confirmed to be present, then management will depend on the type, severity and presence of absence of symptoms. Close regular follow up is essential for women affected by these changes. I can discuss these with you if you have concerns.